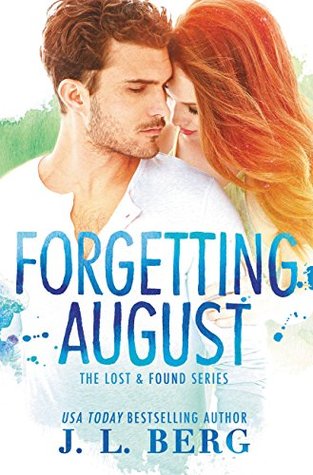 She can forgive, but can she forget?

Some days, Everly still thinks she sees him. In the food court at the mall, or in a car speeding past as the light changes. It only lasts a second, but when it happens, she slips back to a time when she was ruled-and nearly ruined-by August Kincaid. And it doesn’t matter that she’s moved on, that she’s about to marry another man. In those moments the only thing she can do to regain control is take a deep breath and remind herself that August can’t hurt her-because he’s in a coma. Except that he’s not anymore.

August is awake. With no memories, he sets out to solve the mystery of his lost life. He unearths a photograph of a beautiful redhead named Everly and knows instinctively that she’s the key. But when he finds her, the August she describes is more monster than man.

Tortured by the thought of having hurt her, August wants only to become the man Everly deserves. As the new August emerges, Everly glimpses the person she first fell in love with. But can she trust that this August is real? When the final secret of their shared past is revealed, one of them will make a choice that changes their future forever . . .

Previous {Review} Melting Into You by Laura Trentham
Next Adventures of a Bad Boy {Interview} with Callum Hughes from His Kind of Trouble by Terri L. Austin (with Giveaway)