{Waiting On} Light Up the Night by Laura Trentham (125) 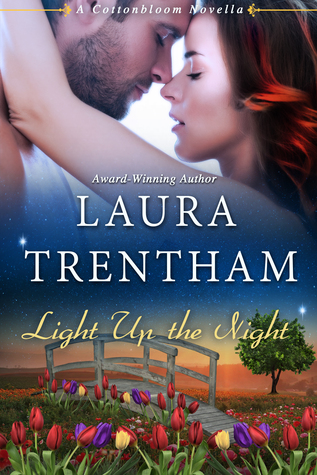 Light Up the Night by Laura Trentham

When a police chief who craves stability meets a free-thinking, colorful college professor, neither anticipate the fireworks that light up the night…

After a mugging in grad school left her with an irrational fear of the night not even her PhD in psychology has helped overcome, Sadie Wren is sure she’s found an idyllic, safe place in Cottonbloom. When a break-in at her house shatters her sense of safety, gruff, protective Thaddeus Preston storms into her life. On the surface, they have little in common, but a loneliness she’s only too familiar with hides behind his infrequent smiles. But based on her knowledge of the human psyche, Sadie is convinced her infatuation with Thad will burn out as quickly as it flared.

As the Chief of Police of Cottonbloom, Mississippi, Thaddeus Preston maintains a strict control on everything in the small town—himself included. With an older brother serving time for a crime Thad committed when he was just a kid, he lives a life of penance, not allowing anyone to get close. When a reported lurker turns into a real threat, Thad is determined to restore order as quickly as possible and get back to his virtual jail.

But Thad’s brother gets out on probation just as Sadie and the town turns to him for protection. His tidy, barren life spins into chaos, and the only thing that makes sense is the one woman who shouldn’t.