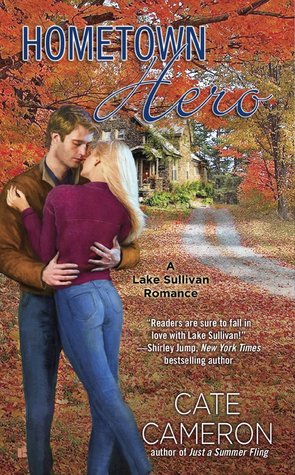 In the new Lake Sullivan romance from the author of Just a Summer Fling, a young woman’s homecoming becomes an invitation to rediscover her past, reinvent her future, and redefine the meaning of family, forgiveness, and love.

Zara Hale escaped Lake Sullivan, Vermont, as a teenager and never planned to return. But a decade later, when her brother Zane is released from prison, she leaves her life as a Mixed Martial Arts champion and heads north, both to support him and to lend her golden-girl status to the opening of a new community center.

Cal Montgomery knows he let down the Hale family ten years ago, but this is his chance to make it up to them. Zane is his best friend. And Zara? She’s stubborn, frustrating, strong, beautiful—irresistible. Once she’s back in town, it isn’t long before their professional relationship turns into something much more intimate.

Though Zara’s hometown celebrity is as surprising as her feelings for Cal, she’s only there for the center and for her family. But as she soon discovers, Cal’s not that easy to leave, and neither are the unexpected comforts of Lake Sullivan.

Small town romance lovers are going to love Hometown Hero by Cate Cameron. I didn’t read the first book in the series (Kass did), but I might go back and check it out. Cal was everything you’d expect a romance hero to be–he’s sweet and hot. Zara was okay, but I wasn’t very impressed with her character. The story was good, and I look forward to seeing where Cameron goes with the series. Check it out!

{Review} Come to Me Quietly by A.L. Jackson

{Review} Come to Me Recklessly by A.L. Jackson {Review} Hold Me Until Forever by Christina Phillips {Interview} with Nina Croft, author of His Fantasy Girl (with Review) Previous {Review} Thirty Nights with a Dirty Boy: Part 1 by Shiloh Walker
Next {Review} Anatomy of a Player by Cindi Madsen