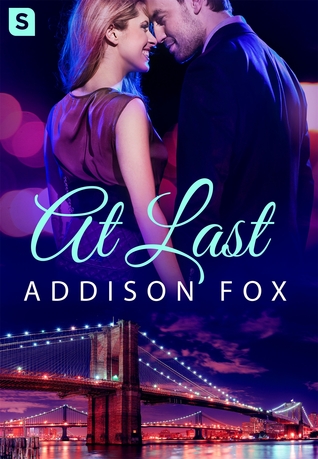 Welcome to Park Heights, Brooklyn where three brothers discover the meaning of family, and taking a chance on love.

After a year of turmoil, Emma Vandenburg Bradley returned home to Park Heights to run her family’s business – a Brooklyn institution – Unity brewery. Still trying to get her feet back under her, she definitely doesn’t want to be on the spectacularly bad date that ends with getting caught in a bar fight and her high school crush coming to her rescue.

Nick Kelley’s career in the NFL was cut short, but now he has a successful bar in Brooklyn and his dream of buying the Unity brewery is about to come true. Until he realizes that the mystery woman he saved—and shared a steamy kiss with—is none other than his high school chemistry partner, Emma...who happens to be a part owner of Unity. And she’s not interested in selling her family’s legacy.
When Emma and Nick find themselves on opposing sides, both are willing to do anything to win. But as their connection grows deeper, they become torn: Can they choose between their love for Unity and their plans for the future—and for each other?

Something shifted as he stared at her. The attraction he’d tamped down earlier beneath a thin veneer of control. All of it flared to life—a match to that spark he saw in her eyes. Heat. Passion. Need.

Emma Bradley—fuck it, no, she was Emma Vandenburg—had something buried beneath that surface and he was suddenly too charged up to keep that thin veneer in place.

Right now, he wanted to see if he could make her moan.

Keep Reading the Excerpt for At Last

Keep Reading the Excerpt for At Last

His gaze roamed over the slim lines of her body—the rose-colored sleeveless dress hugging her curves like a caress. He skin was a pale alabaster, smooth and untouched, a match for her pale blonde hair.

For the moment, Nick hesitated. Did he dare touch her? Did he even have a right? Their kiss on Friday night had existed in the blessed oblivion of ignorance. But if he kissed her now…

If he kissed her now he did so in full understanding of the situation they found themselves in. Opposite sides of a chasm that had a clear loser.

His name on her lips captivated him and all thoughts of what might come vanished in the sight of her. In this moment, they still stood on opposite sides of that chasm, a strange sort of limbo that trapped them both.

Yet in that prison both were still free to choose.

And he chose her.

Nick moved into her, the moment of hesitation vanishing as if it had never been. His hands wrapped around her wrists, capturing them as surely as he planned to capture her lips. He saw her eyes widen for the briefest moment before something else rose up, expanding her pupils in the muted light of his office.

And then there was no waiting. No more wondering. No more heated thoughts left unfulfilled.

His lips came over hers, her slim form pressed to his office door as he pressed his body into hers. Their height difference had him bending his head, but it was the contrast in their physical size that struck him once more. She was so fragile.

In the long, slender lines of her body he sensed the same power that fired her personality. Like titanium, she had a deceptive strength, one that could hold great weights without breaking.

He wanted to explore her, but something held him back. Some line he innately sensed he couldn’t cross for fear of never returning. So he held tight to her hands, pleased when she linked her fingers with his and hung on. 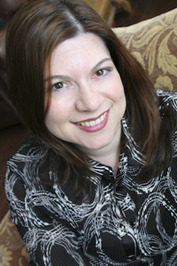 Addison Fox can’t remember a time when words weren’t a part of her life. In addition to being an avid reader, she loves writing novels about strong-willed and exciting heroes and heroines – individuals who are meant for each other and who deserve their happy ever after. After she makes them work for it, of course!

First published in 2010, Addison has written across romance genres including paranormal, contemporary and romantic suspense. A romantic at heart, she’ll take her heroes any way she can get them – from ancient warriors to computer geeks to sexy cowboys. She’s not picky – but she is deeply grateful her readers are willing to come along for the ride.

I had high hopes for this book, and though it wasn’t as awesome as I was hoping for, it was good.

The summary is pretty spot on. Emma comes home to run the family business and runs into her old high school (almost) flame, former NFL star and current bar-owner Nick. Sparks fly between them pretty instantly, and it isn’t long before they can’t keep their hands off each other. Trouble is, Nick wants to buy Emma’s brewery, and she’s not interested in selling.

Did he dare touch her? Did he even have a right? Their kiss on Friday night had existed in the blessed oblivion of ignorance. But if he kissed her now…

If he kissed her now, he did so in full understanding of the situation they found themselves in.

Opposite sides of a chasm that had a clear loser.

Nick and Emma had good chemistry, and I guess I liked them as a couple. I really didn’t like Emma. She annoyed me to no end. But Nick? *swoony sigh* I loved him.

I thought Fox did a good job of capturing the ambiance of the city, and I liked some of the other characters. I am excited to read the next book in the series. A fast-paced read with a super swoony guy, At Last by Addison Fox is a perfect choice for second-chance romances. {Countdown to Christmas} with Tara Wyatt, author of When Snowflakes Fall

{Review} At His Service: Part 2 by Suzanne Rock {Review} Kiss Me That Way by Laura Trentham (with Excerpt) {Review} Fight for Me by Jessica Linden {Review} Fiancé by Fate by Jennifer Shirk (with Giveaway) {Review} After the Fall by LA Witt