We have to admit that this book wasn’t even on our radar before the publicist emailed us, but after checking it out, we thought it might be something you’d like. A mysery and thriller all rolled into one, The Four-Night Run by William Lashner seems like it will be an engrossing read! Here’s the 411, Pretties: 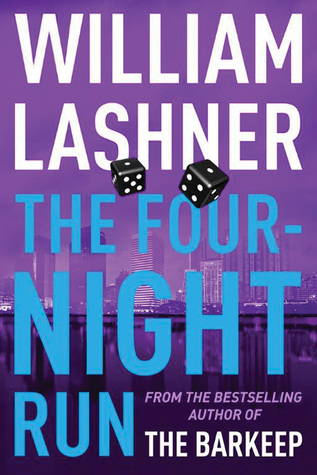 J.D. Scrbacek has just won the biggest trial of his career, but even as he crows to the press, his entire life blows sky-high. Was the bomb meant for him, or for his mobster client? In this seaside casino town where the tables run hot and the tensions run high, the odds say the attorney is a marked man.

Alone and on the run, Scrbacek flees into the city’s forgotten underbelly, a ruined corridor called Crapstown, where he is forced to confront the ghosts of his past, his present, and his future. Somewhere in the sordid stream of his own existence lie the answers he needs. But in order to emerge from the depths of Crapstown, Scrbacek must argue for his life before a jury of the forgotten and the damned. Is he lawyer enough to save his own skin?

From the bestselling author of The Barkeep comes a raucous tale of reckoning, racketeering, and revenge.

William Lashner is the New York Times Bestselling creator of Victor Carl, who has been called by Booklist one of the mystery novel’s “most compelling, most morally ambiguous characters.” The Victor Carl novels, which have been translated into more than a dozen foreign languages and have been sold all across the globe, include BAGMEN, KILLER’S KISS, FALLS THE SHADOW, FATAL FLAW, and HOSTILE WITNESS. He is also the author of BLOOD AND BONE, THE ACCOUNTING, and, most recently, THE BARKEEP, which was a Digital Book World Number One Bestselling Ebook.

Lashner was a criminal prosecutor with the Department of Justice in Washington D.C. before quitting the law to write fulltime. A graduate of the New York University School of Law, as well as the Iowa Writers’ Workshop, he lives with his wife and three children outside Philadelphia.

Have you read anything by William Lashner? {Presenting} Two for the Show by Jonathan Stone